This Arcanum is considered as one of the Tarot of Marseille cards that seem to be positive.  Visually, the Mountebank card is extremely varied and contains many details. What’s behind them?
Is this tarot arcanum really as beneficial as it is believed to be?

A Depiction of the Mountebank in the Tarot of Marseille

The main character – who seems to be a man (but that’s not for sure...) appears on the card donning Harlequin clothes. One of his leg warmers is blue and leads to a red shoe. The other one, in red, leads to a blue shoe.

The role of the colors in this Tarot card

The stomach of the character is cut in half by these two colors (red on the left and blue on the right) up to his navel. The middle of his body is surrounded by a yellow belt. The upper part of his body bears these two fundamental colors but, this time, their polarity is reversed. Let’s take good note of the fact that these two colors are unequally spread:
- the predominance of the color blue in the lower half
- the predominance of the color red in the upper half.

Three different hues appear on the arms of the Mountebank :

The color red is spread over the upper left part and over the lower right part of the Mountebank.

The Mountebank’s posture and accessories

He holds a small yellow ball in his right hand and a wand of the same color in his left hand. He is looking down. His hair is white, although he appears to be young, with locks of blond hair.

There is a flesh-colored table in front of him. Only three legs can be seen. However, the extremity of this table being hardly visible (where is the end of the table? That’s a Mystery!), nothing enables us to claim that it is unbalanced... The reverse cannot be claimed either!

The Mountebank wears a large red hat with drooping edges – the sexual connotation of which Freud would unfailingly have emphasized. He would not entirely be wrong because this card is, among others, that of awakening and of the discovery of sensations. His mind is in a state of awareness. It is through it that he can learn to better know his body.

On this table lie various objects:

What could the Mountebank do with all these scattered objects? He may not know where to start? He may be preparing a trick of his own with these simple objects... everything can be envisaged. On condition, however, that our intuitive logic has taken over our imagination at the moment of the tarot draw, the very intuitive logic that binds us to ourselves and to others through a set of significant coincidences.

The hidden meaning of the Mountebank card

Who is the Mountebank or rather when are we the Mountebank? When we have the potential when we hold all the cards to succeed what we have endeavored to do but need to put them in order or acquire some mastery. It is the card of commerce and of the trade of what we own (it can be our personal worth). It is also the card of the awareness that various possibilities exist, that sensations are there for the taking.

The negative side of this tarot card reveals the impossibility to choose between so many things, a mercantile side that is detrimental to our evolution.

The Mountebank may sometimes upset and the name of this card is not extraneous to that feeling. It evokes the maker, the illusion merchant of the trade fairs of long ago. Cheater, trickster maybe, but who isn’t, even if from time to time? Since the Tarot involves every aspect of life, it is only logical that these should be represented too. But, once again, let us be wary of hasty simplifications!

The presence of the Mountebank in a deck may well highlight the absence of a hold on one’s own possibilities, a too partial exploitation of the human potential or the shame of making money out one’s personal worth. Such an attitude can also point to a visceral indecisiveness. Such a person is incapable of choosing between the multiple possibilities that are being presented to them, but this does not mean that someone who’d draw this card would necessarily be "shocked" by the Mountebank.

The cards of the Tarot of Marseille can be interpreted in different ways. It is therefore not easy to understand what they mean at first glance. If you wish to explore this fascinating universe, I invite you to read two articles: 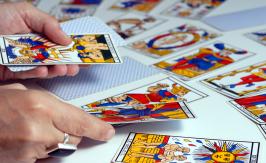 The method described below only uses the 22 major arcana of the tarot.   Once you have shuffled the card, cut the deck with your left hand and draw a random card while pondering the following… 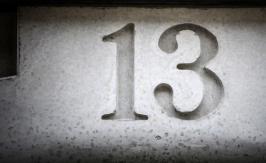 Discover the power of Friday 13th

Some love it, others more than fear it… But one thing is certain: Friday 13th is a phenomenon that does not leave anybody indifferent. Whether you are one of those who are superstitious or those…

How to develop extrasensory perception?

Magic powers such as extrasensory perception have always fascinated Mankind. Telepathy, clairvoyance, precognition, or even psychic powers are so many abilities that admittedly require a gift, but…