The Hermit suddenly appears in front of us. But, by the way, why do we write “Hermit” with an H? Does that not ring a bell? Of course, it does! The Hermit Crab! We are in quest of some transcendental authority, from the shelter of which we can develop our knowledge. Unless this H refers to Hermes, the messenger of the gods in Greek mythology who drove the souls to hell…

How is the Hermit represented in the Tarot of Marseille?

The Hermit is also one of the simple representations in the Tarot. A bearded man holding a flesh-colored walking stick lights his path thanks to a yellow lamp, one of the sides of which is red. He dons a red dress, which is partly covered by a blue cape. His red hood hangs on his cape, the inside of which is golden as can be seen from the side of the cape that is lifted.

This card may seem at first sight simple, yet it displays a few “anomalies”. For example, it is strange to see that some parts of the cape lift up on their own, notably at the level of his neck. Is the hand that holds the lamp really that of the Hermit? It doesn’t seem to belong to his body. If this hand were not his, it would guide the Hermit more than it would help light his path.

Three small horizontal lines can be seen on his wrinkled forehead. They form a triangle, which may refer to the third eye. He seems to be concentrated and cautiously moving forward. He embodies wisdom, the kind that enlightens. He also brings to mind Diogenes, who strode along the streets of Athens during the day holding a lit lamp in one hand and a stick in the other while shouting “I am looking for a man”.

The hidden meaning of the Hermit arcanum

Its negative aspect most often refers to the fear of solitude but also to the inability to play the role of a guide, a scout. Someone playing such a role will, out of their pride, refuse to come undone and just humbly be the one that follows. This card of the tarot of Marseille will have a negative impact on anyone who might be following a path they haven’t chosen, one that has been decided on their behalf. 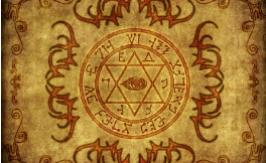 What is Kabbalah numerology?

Kabbalah texts are made of words composed of 22 Hebrew letters, each one of them having its own symbolism and corresponding to a number. The bond between numerology and Kabbalah is extremely strong… 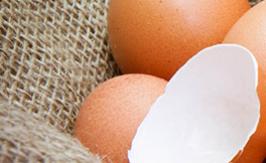 It is one of the most “unprecedented” divinatory methods: oomancy is an ancestral art that is still practiced today. Can you imagine that a simple egg is able to unveil the future?     … 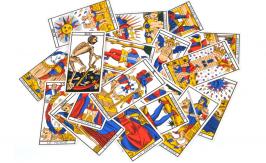 Interpreting the House of God card

The House of God is among the 5 last trumps from the 22 major arcana that refer to the trials of the world and symbolize our chaotic path on earth, with the World, Judgment, the Chariot, and the…