Nostradamus is certainly one of the most famous psychic readers and prophets of all time. His fascinating life and his amazing prophecies called Centuries have kept on surprising subsequent generations since his death. Who was this astrologist and what were his predictions?

Nostradamus, whose real name was Michel de NostreDame, was born on December 14, 1503, in the South of France and died on July 2, 1566, in the same area. Not only was Nostradamus a psychic reader but he was also a physician and an apothecary.
He took an interest in astronomy and astrology during childhood. Very early on, he was dubbed “the young astrologist”, a nickname given by his fellow students due to his passion for the astrological meaning of the movement of planets.

In 1529, he decided to enroll in the faculty of medicine. At the time, he had already been an apothecary for several years and had developed various natural remedies.

He is said to have been expelled because exercising two professions at once was prohibited back then and he was already an apothecary.

This did not prevent him from working as a physician starting in 1533. Nostradamus then undertook to travel through France for several years.

His presence was mentioned in several French towns where he is said to have cured many people and met eminent figures working in astrology, astronomy, alchemy, natural medicine and herbs...

He also traveled to Italy, notably to Milan. Starting in 1550, Nostradamus wrote several almanacs, which were a mix of a weather forecast, predictions, and health advice. That is when he began signing his writings as Nostradamus.

His predictions became so popular that he was invited to the court of France by Catherine de Medici in 1555. Despite a few problems with King Charles IX because his writings were deemed to be a heretic by the Church, he was named physician of the Court and Advisor to the king in 1564 with the consent of the sovereign.

He died at the height of his fame on July 2, 1566, from what seems to be a pulmonary edema.

His most famous predictions were published in 1555 and entitled “The Prophecies of Michel Nostradamus”. This first edition was followed by several others in the course of the following years. These prophecies were split into Centuries, which are sets of one hundred quatrains (quatrains are four-line stanzas).

These Centuries gave rise to numerous interpretations but a vast majority of them turned out to be true. It would be difficult to mention them all here but here are the most famous:

Nostradamus had foretold the advent of:

He had also foretold the killing of the two Kennedy brothers. Furthermore, mentions of atomic bombs being dropped over Nagasaki and Hiroshima during the Second World War can be found in some of his Centuries.

The end of the World according to Nostradamus

As far as our future is concerned and according to Nostradamus’ predictions (which extends to the year 6000), there will be many climate upheavals, a change in the Earth’s axis is likely (a change that will deeply affect our terrestrial climate), earthquakes and many ecological disasters.

However, Nostradamus also foresees rapprochements between Western countries, the USA and Russia so as to fight against the threat of terrorism. He foresees the disappearance of the Earth to happen in 3797.

He said the Earth would be absorbed by the Sun but, according to him, humans will already have left the Earth and settled on a habitable planet. 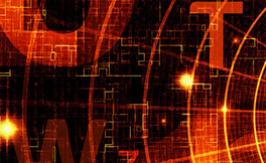 What is the meaning of first and last names with 1 as their expression number?

These personality traits give them the means to succeed through personal effort. Their qualities make them very good organizers. Expression number 1 is also a reflection of some affinity for… 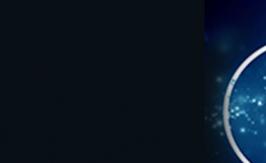 Karmic numerology: interpretation of the number 9

This numerology makes the letters I - R correspond to the number 9. According to the karmic table, this value refers to comprehension, sensitivity and humanity.You will discover the free meaning of…